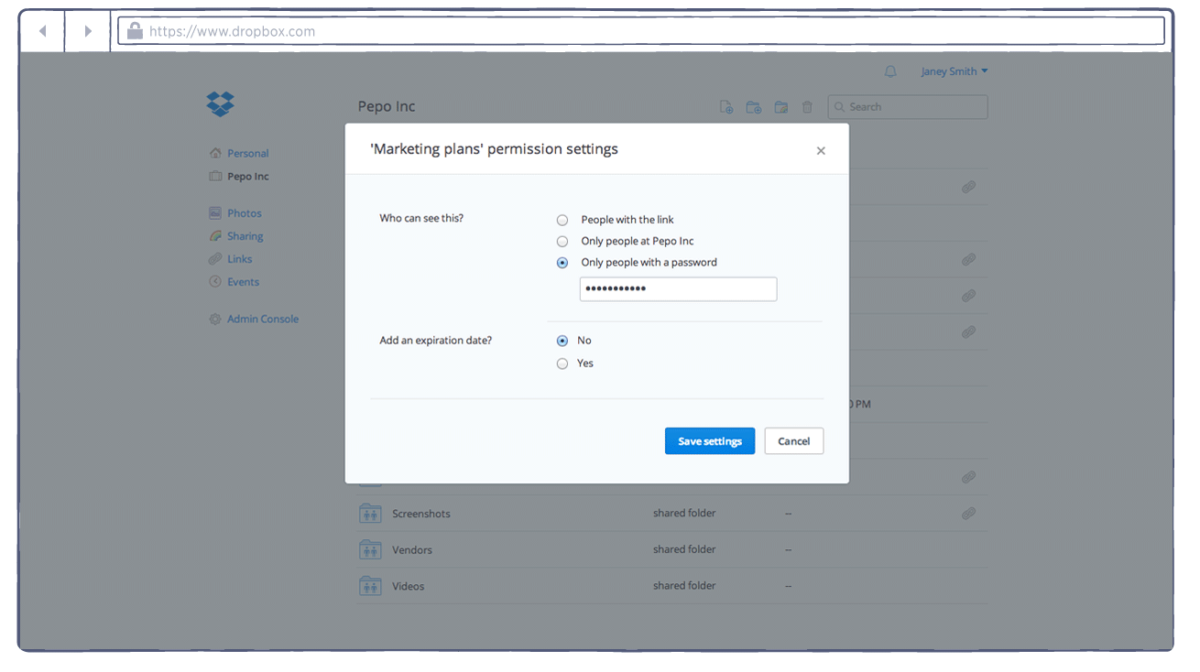 There are already several hundred services that allow you to store data on a cloud drive. However, in this article, we’ll talk about the most popular and versatile of them – Dropbox.

Dropbox is a cloud data store that allows users to store their data on servers in the cloud and share it with other users on the Internet. The work is based on data synchronization. Dropbox allows the user to host files on remote servers using a client or using a web interface through a browser. The main focus of the technology is on synchronization and information exchange. Dropbox tracks download history so that you can recover data after deleting files from the server.

How to set up a password to the Dropbox folder?

After connecting to Dropbox and getting the first free megabytes/gigabytes of free space, you need to take care of another important issue – security.  So, how to add password to Dropbox folder?

Most of us use password managers. For some, the built-in function of saving passwords in the browser is enough, many prefer LastPass, others do not trust the clouds and choose 1password or KeePassX to store passwords on disk without synchronizing with other machines.

In any case, password managers are always a compromise. Either you give the passwords to the cloud storage and hope that its owners will not give you up, or you put up with the inconvenience of copying the password database to your devices. Dropbox lets you combine the benefits of both solutions without losing anything. It is enough to use a local password manager, place its database in the Dropbox folder, and put a complex password on it.

The best solution is to create a special container. Let’s consider a method to store the Dropbox folder on an encrypted virtual disk.

There are several ways to do this, but if you need a cross-platform solution, then you should pay attention to VeraCrypt – the heir to the well-known solution for creating encrypted TrueCrypt volumes. VeraCrypt is officially available for Windows, Linux, and macOS, but the data in the containers it creates can be opened with a variety of other applications, including mobile. Most importantly, a VeraCrypt volume is very easy to create and mount as a local drive. All you need to do is select “Create new volume” from the menu, set the Dropbox folder as the location for saving the volume, specify the encryption algorithm and mount the volume.

Thus, the entire Dropbox folder will always be stored on your computer in encrypted form, and you will need to enter a password to gain access to it.

Another method includes the following actions: